Various pieces of artwork designed by the owners of Ninja Doggy Inc, which include drawings done by hand and on computer, independent games and animation films. Essentially anything that was designed using an art, whether that was the art of drawing or the art of game development. But keep in mind that permission must be asked first before the following content can be used by any third parties – such as you, the reader.

Art designed in various computer applications such as Krita, GIMP and Windows Paint. Created by the administrators of this website (Urshula and Sebastian Sk.), the following pieces of art come in various genres from horror to science fiction.

Due to the massive amount of art produced by Urshula Sk., viewers will have to see her profile on DeviantArt to browse through all her works: http://iamalexius.deviantart.com The volume of images previously posted on this page were simply too much for the website host to handle, which would cause the editing window to freeze.

My first art piece created using GIMP. I got my inspiration for this artwork from viewing Mark Wesbter’s geometric flower art.

An art piece designed in GIMP that I decided to do as a tribute to two of my favourite world addons (Scary Skies and Among The Clouds) and the game of Dr Lunatic Supreme With Cheese in general. I got my inspiration for the artwork from viewing Alan Parsons Project cover art and 1970s movie posters. Overall, a science-fiction-themed image that is set on a cloud above the ocean with Bouapha, a hammer and a Xeno Hunter in the foreground viewing the floating collection of edifices.

An abstract painting of a tree that I drew using Windows Paint.

My second attempt at semi-realistic drawing.

My first attempt at semi-realistic drawing.

The Sherbet of Martyrdom. My very first oil painting based on a saying by the Ottoman traveller Evilya Celebi who lived during the 17th century. The background requires more smoothing and gradation is minimal. One of his views was that divine intoxication should be obtained by dying on the battlefield fighting for a religious cause, rather than quaffing wine.

Oil of Vitriol. My second oil painting based on the alchemical procedure of producing oil of vitriol (now known as sulfuric acid in the present day) via the roasting of green sulfate(II) crystals in a retort. This image has references to alchemical symbols involved in the making of this acid and the kidney refers to the severe damage caused to this tissue if sulfuric acid were to be ingested.

Everything in Moderation. My third oil painting based on the neuropositive effects of alcohol, in which it was suggested by certain scientific studies that alcohol taken in small amounts could be beneficial for various aspects of the body such as the nervous system.

In order to play these worlds which are presented as non-standard files, the game Dr. Lunatic Supreme with Cheese must be downloaded and installed. Update (16 – December – 2017): The designer of this game, Mike Hommel, has recently released his decade old creations for free. Therefore, they can be obtained without hassle from the ludum sharing website itch.io… https://hamumu.itch.io/dr-lunatic-supreme-with-cheese

Halloween Horror 13 – RR – The impossible story of a clandestine group hungry for the awesome fury of the beyond. 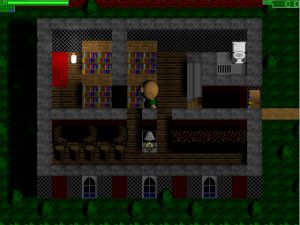 Developed by REACTOR a.k.a. SebastianSk in the year 2012-2013, it was designed based on nine names voted for by the official Hamumu Software community for the annual Halloween Horror world building contest held almost every year. It went through three revisions before finally being completely polished, with the new plot of the “impossible story of a clandestine organisation hungry for the awesome fury of the beyond”. In the nine levels you play as Bouayur, a disgruntled village eye living in a fictional state of the U.S.A. who is plunged into trying to save Yurovilig from destruction at the hands of reckless occultists.

World Of Lunacy – A collection of challenging levels designed by Hammer Up and edited by REACTOR that pushes the editor to its limit. 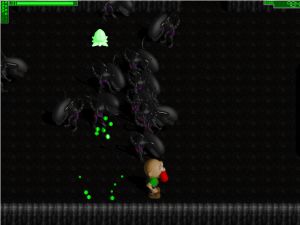 Developed by Hammer Up! some years ago and edited by REACTOR, this world is a collection forty-four levels featuring gameplay with uniquely customised monsters and terrain. It was built to push the capabilities of the editor for the game to the limit, showcasing stunning action including a Space Invader’s like level. From mash’em up to tower defense, this world exhibits multiple types of gameplay.

Yearly Merge I – A collection of ancient themed levels designed by four participants. 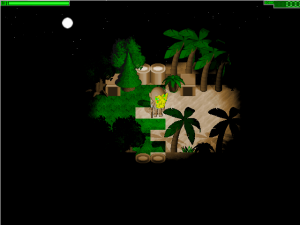 Having began in 2015, it was finally finished in the last quarter of 2016 after a long awaiting participant finally submitted his levels.This world was designed based on the “ancient” theme, thus all levels have their basis on places and things from 1,000,000 B.C.E. to 750 C.E.. Standing at being eight levels long, this world features a few gems and some quite challenging gameplay.

As you would have noticed, the worlds on this website come in a .zip format. There are a few simple steps required in order to run them which are as follows: